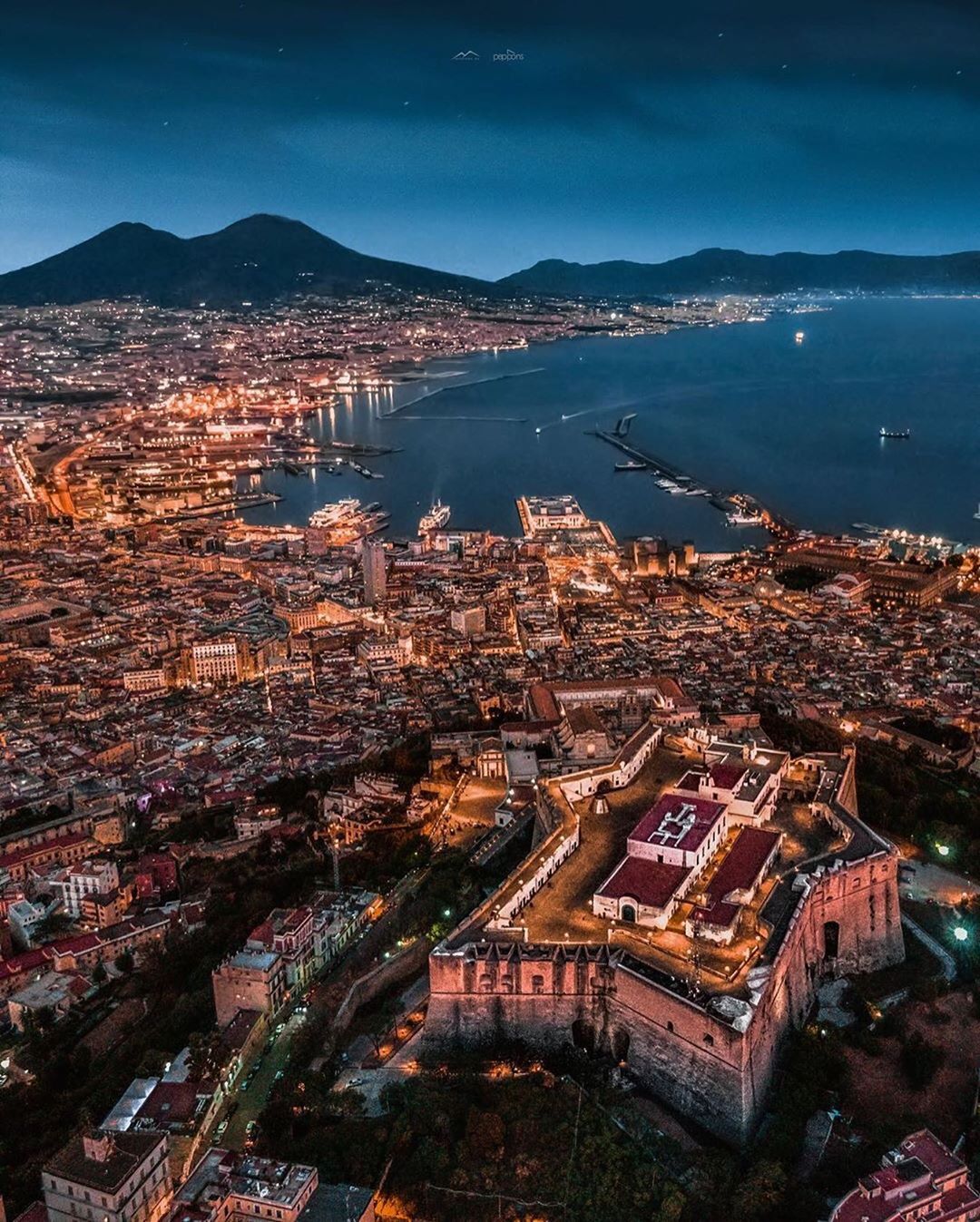 A saying goes “See Naples and then you die” (Vedi Napoli e’ poi muori) but before you need to see what this wonderful city has to offer. In this article we’ll give you some suggestions on what to do in Naples, as simple guide to follow. The things to do in Naples are so many and can be very difficult to decide on what to see in Naples during your stay. Our suggestion is to pick what you really what to see and make the most of it.

Where to Stay in Naples

How To Get to Naples

Before we jump in and find out about the best things to do in Naples are we need first to get to this incredible city. If you are flying you need to Capodichino airport you can easily get to the city centre by bus (Alibus) or the 3S bus to Napoli Centrale train station and from here you can get the tube to get anywhere in Naples or you can grab a taxi for about €20 depending on your destination.

If you are travelling by train you can get to Napoli Centrale train station from any major cities in Italy with the fast train line with Freccia Rossa or Italo.

Our top suggestions on what to do in Naples are:

The gallery is an open shopping mall located just off Via Toledo not far from the San Carlo theatre. The Umberto gallery was built from the 1885 to 1892, was designed by two architects Emanuele Rocco and Francesco Paolo Boubee.

The gallery was built to be a covered passageway connection the San Carlo to Via Roma (today called Via Toledo). Below the gallery is located the Salone Margherita worth a visit if you can.

The San Carlo theatre opened in the 1737 and is the oldest active venue for opera in the world. The project was commissioned by the Kind Carlo the 3rd of Bourbon and was inaugurated on the 4th of November 1737.

The opera house was designed by two architects Giovanni Antonio Medrano and Angelo Carasale and holds a total of just over 3000 people.

The Statue of the Veiled Christ

The Veiled Christ is kept in the Cappella Sansevero which is located in the historic centre of Naples not far from San Domenico Maggiore church in Via Francesco de Sanctis 19. This is one the most visited sites in Naples by Italians and foreigners.

The statue was built by the artist Giuseppe Sanmartino. It was Raimondo di Sangro the prince of San Severo to order the construction of the statue as he was an admirer of art and culture.

The Veiled Christ was terminated in the 1753. The artist Sanmartino with his incredible imagination come up with and incredible full-sized human body lying on a mattress with the head raised by two cushions and covered with a sheet (veil) that would allow to see the tortured body of Christ. The veil is so thin that it allows the face and the signs of torture to shine through.

This is for sure one of the most fascinating sites in Naples. The use of this underground caves started more then 500 years ago since the prehistoric period and were used as a burial tomb. In the 470 B.C. the Greeks start to build their Neapolis (means New City) by using the tufo (tuff), which is a compacted layer over layer of volcanic and ash. Later in the Augustan period the ancient Romans use the tufo to build an extensive system of underground water systems, aqueducts, that provided the population of Naples with drinking water.

In the Second World War the tunnels and caves were used as a bombing shelter as Naples was one of the most bombarded cities in Italy. After the war unfortunately the underground tunnels were used as a dumpster, but later cleaned by some of the associations that protect this site and opened to the public. The site is located in the historical centre of Naples and daily tours are available to explore the incredible Napoli Sotteranea.

The museum is located in Palazzo of Capodimonte a Bourbon palace and in the 1738 Charles of Bourbon decided to turn his hunting lodge in a Royal Palace Museum to be able to host the Farnese Collection given to him by his mother.

In the museum you’ll find the masterpiece of artists of the calibre of Botticelli, Rafaello, Tiziano, Andrea del Santo, Masaccio, Mattia Preti, Ribera, Alberto Burri Michelangelo, Pistoletto and the incredible painting by Caravaggio “The Flagellation of Christ” dated back to the 1607.

Located in Piazza Museo in the city historical centre the National Archaeological Museum of Naples is one of the most important archaeological museums in Italy. The museum was open in the 1816 and holds collections from the Roman, Greek and the Renaissance times and lots of Roman artefacts found with the excavation of the nearby sites of Pompeii and Herculaneum. This is a museum that you don’t want to miss when in Naples.

Located a short walk off Via Toledo in the heart of the historical centre of Naples. The piazza was planned by the king of Naples Murat (Napoleon’s brother in law) as a tribute to the emperor. Once Napoleon was exile to Sant Helena, the Bourbons were restored to the throne, and Ferdinand I continued the construction but converted the finished product into the church we see today.

The piazza can be divided in two parts: the first at the foot of the basilica of San Francesco di Paola follows a semi-circular shape, while the other, which borders on the end with the Royal Palace and is determined in the short sides by the curtains of the twin buildings has a more rectangular shape.

In the centre of the two areas there are two statues, one of Charles III of Bourbon (initiator of the Bourbon dynasty) and his son Ferdinand I, made by Canova and his pupil Antonio Calì.

What to see in Piazza Plebiscito

Considered among the most important examples of Italian neoclassical architecture, it was built in the nineteenth century by Ferdinando I of the Two Sicily’s after the expulsion from the city of Gioacchino Murat. Its colonnade is inspired by that of San Pietro in Rome, while the shape recalls that of the Pantheon. Behind him rises the hill of Pizzofalcone, where according to tradition the first inhabited centre of the ancient Partenope was born.

It is located in Piazza del Plebiscito, opposite the basilica of San Francesco di Paola. It is one of the four residences used by the Bourbons of Naples during the Kingdom of the Two Sicily’s, as well as one of the most important places of art in the city. The Royal Palace houses the National Library of Naples, the access to the palace is free.

Palace of the Prefecture

The Palazzo delle Prefettura, also known as Palazzo della Foresteria, is the seat of the homonymous institutional body that governs the provincial territory. Behind the building, on Piazza Trieste and Trento, there is the entrance to Caffè Gambrinus, a historic Neapolitan bar and one of the most famous in Naples and Italy.

Located in front of the Palazzo della Prefettura in Piazza del Plebiscito, it was built at the end of the 18th century by the architect Francesco Messina from Messina. It is currently the headquarters of military offices of the Southern Interregional Defense Forces Command. Built at the end of the eighteenth century, it first became the residence of General John Acton and then the seat of the ministers of state of his Bourbon majesty.

For those who want to visit one of the places of underground Naples, in the surroundings of Piazza del Plebiscito it is possible to visit the Bourbon Tunnel (or Gallery), about 40 meters deep. The entrance is in via del Grottone 4. The site is named after King Ferdinand II of Bourbon, who in 1853 established it to create a secret link between Piazza Vittoria, where the Bourbon army was stationed, and the Palazzo Reale, from where the sovereign could have escaped in case of danger, but the project was never completed.

The Cathedral is a Roman Catholic church the main one in Naples and is widely known as Cattedrale di San Gennaro in honour of the patron of Naples (San Gennaro). Every September 19th the people of Naples and from around Italy gather at the Duomo to witness the San Gennaro’s blood miracle.

The vial blood of San Gennaro is brought out 3 times every year, in May, September and December. The legend says that if the blood doesn’t liquefy a disaster will occur in Naples, one of the rare times that didn’t liquefy was in the 1980 and an earthquake struck Naples and the nearby areas, killing more then 3000 people.

The main attraction of the interior is the Royal Chapel of the Treasure of San Gennaro, with frescoes by Domenichino and Giovanni Lanfranco, the rich high altar by Francesco Solimena, the bronze railing by Cosimo Fanzago and other artworks, including a reliquary by 14th-century French masters.

Located on a small island called “Megaris” in the port of Santa Lucia the Castel is the oldest fortress of Naples. The name comes from a legend about the Roman poet Virgil, who apparently had a talent on predicting the future by putting magical egg in the foundation of the castle and if the egg would be destroyed a series of disastrous event will followed for Naples.

An UNESCO heritage site, this is the main street that divides Naples in two located in the historic centre of Naples. Seen from the above you’ll see that this stretch of street divide Naples in 2 parts. Spaccanapoli or also known as Via San Biagio, starts from Piazza del Gesu’ Nuovo and ends at San Biagio dei Librai street.

This part of the historic centre is full of the best monuments and churches in Naples along fantastic pizzeie and pastry shops. The most famous street is Via San Gregorio Armeno for its nativity’s workshops and store and if you go during Christmas time the street comes alive, a fantastic experience.

The best views over Spaccanapoli are from the highest part of the Vomero from Sertosa San Martino and the Sant’ Elmo castle. From here you had amazing views over Naples and the dark corridor of Spaccanapoli stands out immediately.

The Vesuvius volcano is located about 10km from Naples, this is an active volcano and the last eruption was 1944. The area of Mont Vesuvius become a National Park in 1995 and has 11 paths for a total length of 54km of walkway. The main route runs along the western side of the Volcano and you can get to the top via the Gran Cono path and walk along the active crater of the Vesuvius, from the top the views are spectacular over the bay of Naples and behind, on a clear day you can see some part of the Lazio region.

Depending on the time you have you can take fantastic day trips from Naples and visit the ruins of Pompeii and Herculaneum, or a day trip to Capri, Ischia or Procida, from Molo Beverello you can get regular ferry to those Islands, or you can get all the way to Sorrento and the Amalfi Coast.

Things To Do In Pisa

Free Things to Do in Naples

The Top 7 Things To Do in Sorrento 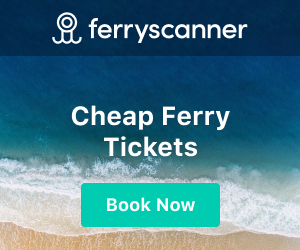